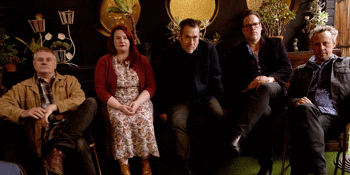 Westernport Hotel - San Remo (San Remo, VIC)
Friday, 11 December 2020 9:00 pm
5 days away
18 Plus
Music
Send this event to
With the Victorian border restrictions still in place the band are looking forward to their annual December run - this year in their own backyard!
That’s right - an entire Christmas tour in the state of Victoria.
All shows promise to be strictly limited capacity, socially distanced and Covid-safe.
Having not spent the Victorian lockdowns idle, Mick and his fine band ended up producing not one but two albums. The first of these was See You On the Other Side which came out in June and featured the landmark ‘chain recording’ track See You When I’m Looking At You showcasing a plethora of artists such as Angie Hart, Nick Barker, Vicki Thorn and Ron Peno. The second of these albums is City’s Calling Me which will be released early 2021 - although there is a fair chance for some sneak preview, pre-release action this tour.
The first single is a stunning cover of Cold Chisel’s Forever Now - once again featuring guest vocals by Angie Hart - this time with Tim Rogers and Sophie Koh thrown in for good measure.
So after a year spent in lockdown maybe we’ve got something to celebrate this year. Tiny careful steps back into the sunlight are in order as Mick and the band are keener than ever to get out and play some tunes. There’ll be some new Merch for the run with support acts to be announced in the coming weeks as Mick and the band muse philosophically….
Hey – maybe we didn’t want to go to the other states anyway!